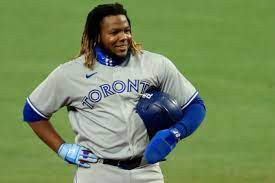 Simon B 2 years ago this month, Valdimir Guerrero Jr. made his highly-anticipated MLB debut for the Blue Jays against Oakland. It was a Friday and I remember the buzz in Toronto was incredible. Guerrero was at the time  MLB pipeline's  top-rated prospect and he has some of the biggest expectations ever for a 20-year-old. He was to be the next big power hitter of the generation and people were hoping to see him hit 400 ft. bombs every other game. Valddy is the son of former Expo and Hall-of-Famer Vladimir Guerrero Sr. so that alone comes with high expectations as well. I've never seen a player get the ovation that he did on that night in April 2019. The stadium was opened an hour early so that fans could watch their young prodigy hit in batting practice. When it was his turn, the batting cage was surrounded and every eye in the ballpark was focused on this 20-year-old kid with his signature bleached dreads who was hitting bomb after bomb. During that game, he got a standing ov
Post a Comment
Read more

- April 16, 2021
Game 44: Jets vs. Leafs Simon B The Leafs have lost two straight games and were by far the inferior team in both losses against the Canadiens and the Flames. But I've noticed a real sense of calm throughout Leafs Nation -- a calm that I’ve never seen before -- and it's a weird feeling. I'm so used to all of Toronto's sports media exploding after a single loss. That was because previous Leaf teams were so inconsistent and unpredictable that the exaggerated reactions were somewhat understandable. This year, the fanbase has a real sense of confidence in this team to bounce back from little slumps here and there. Coming into last night's game against the Jets, the Leafs had a tough lineup situation to work with. Auston Matthews was not in the lineup (the team didn't say why at the time I'm posting this) and William Nylander is still out under Covid protocol. Adam Brooks and Jason Spezza were slotted back into the lineup on the fourth line and with Matthews ou
Post a Comment
Read more

- April 07, 2021
Game 40: Habs vs. Leafs Simon B The situation heading into this game is very different than what I thought it would be 2 months ago. The Habs and the Leafs both started off their seasons very strongly and these two teams were looking like the best in the division. Montreal did fall off however and are now in the last playoff spot sitting in fourth. But that may not be so bad for hockey fans around the country because if the standing stays as they are, the Leafs and Canadiens will match up in a first-round playoff series. Just thinking of that gets me excited. But for now, let's focus on the game at hand. There are a few notable lineup changes in this game on both sides. The biggest being that Habs goalie Carey Price didn't make the trip to Toronto due to injury so backup Jake Allen got the start in the crease. Montreal's Brendan Gallagher was also out with a broken thumb. On Toronto's side of the equation, William Nylander was ruled out hours before game time with som
Post a Comment
Read more
More posts

Some Answers On Opening Day 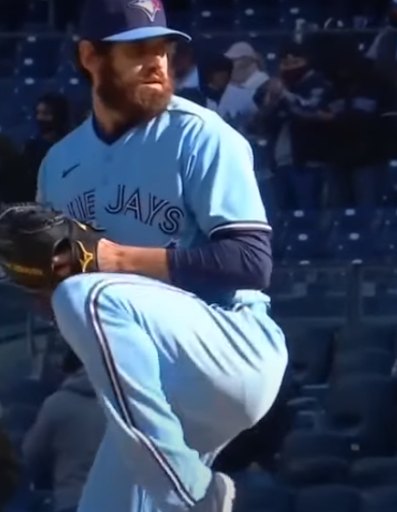 Simon B The 2021 Baseball season is finally underway! The Blue Jays were in action on Thursday and Saturday and are once again in action this afternoon against the Yankees for the first series of the campaign. I'll have a piece on the entire opening series up tomorrow but what I wanted to do today is see if I can find answers to some of the biggest unknowns this young ball club has coming into the season. My prediction for this Jays' team (if everyone stays relatively healthy and based on last year's performance) is that they'll be in contention for a wild card spot come September and I can see them getting into the postseason. But for that to happen, a ton of things need to go right.  pitching needs to be solid, they're big offensive guns need to live up to the hype and come up with some big performances. We'll just have to wait and see how things go.  No Closer, No Problem About two weeks ago now, the Jays announced that off-season acquisition Kirby Yates wa
Read more

- March 26, 2021
Game 33: Leafs vs. Sens Simon B Very few things have been able to stop the Leafs in 2021. But time and again,  the Senators’ goalies are at the top of that list. The Leafs had already played six games against Ottawa coming into this one and were 3-3 as the puck dropped to open game seven. All three losses have been against three different goalies so when I saw that Anton Forsberg was playing in his maiden game as a Senator I immediately lost a lot of confidence in the way this game would go. After all the goaltending controversy in Toronto this week, the Leafs came out and said that Frederik Andersen has an injury and that he'll be out for a while so the torch has been passed to Jack Campbell for now. That's something I think Leafs fans are comfortable with, given how well he has played this season (4-0 and a .965 save percentage). The Leafs lost another player this past week, too: Travis Boyd is on waivers and he went out west to Vancouver. The Game So we watched the Senators
Read more 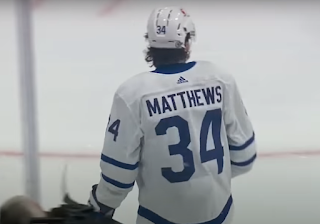 Game 36: Leafs vs. Jets Simon B It was the last day of March and the Leafs had yet to play a game in Winnipeg at the Bell MTS Place. Toronto and Winnipeg squared off Wednesday night to play their fifth meeting of the season. The goaltending debate calmed down now, with Jack Campbell playing quite consistently over that stretch of games. Although Hutchison got the start in Monday's loss to Edmonton, that was only to give Campbell a bit of rest to get him ready to be back between the pipes for last night's clash. You can always tell who has the coaches’ confidence by looking at what line they pick to begin a period because that first shift sets the tone for the next 20 minutes of play. This night, John Tavares' line started, with William Nylander on his left and Alex Galchenyuck on his right. Galchenyuck has been pretty impressive since he made his Leafs debut earlier this month. It took a few games for him to get used to the system but he looks right at home on that second
Read more 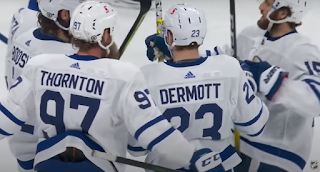 Game 37: Leafs vs. Jets Simon B The Leafs have played the Jets seven times this season and they've alternated victories. If things were to continue on this track the Jets are due to win tonight. However there is a major difference this time around, Jack Campbell is making his first back-to-back start of the season. Campbell is 7-0-0 coming into this game and had been the reason for many of the Leafs wins when he's between the pipes. Once again, Sheldon Keefe is able to roll out the same lineup again and that's an important factor at this point in the season. Hopefully, injuries are going to stay as limited as possible and they can get the chemistry with this group as good as they can before the playoffs. The Game Last game I spoke about how Zach Hyman was a player who could make just about any line he plays on so much better. While  Ray Ferraro (TSN Analyst) called out Hyman for his tenacity,  the NHL is full of tenacious players  Beyond raw tenacity, Hyman has the unique
Read more